POSTBOXES OF WALTON
A POTTED HISTORY OF POSTBOXES IN UNITED KINGDOM
Records show that the first postbox was installed in 1853 in Carlisle following a trial in the Channel Islands.

The red colour was standardised in 1874, earlier models were green. The cypher of the reigning monarch features on the front of each box.

In 2012, 113 postboxes were painted gold in recognition of the community of an Olympic or Paralympic Gold Medal winner at the London Olympics. The nearest gold postbox to Walton-on-Thames is in Broad Street, Teddington in recognition of athlete Mo Farrah's medal in the 5,000m race.

So far, there have been six possible royal cyphers. 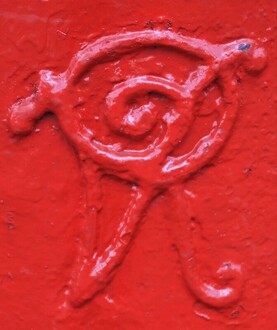 Queen Victoria (1837  - 1901)
In the cypher, VR stands for Victoria Regina.
​
There are two postboxes bearing this royal cypher in our local area. They are: 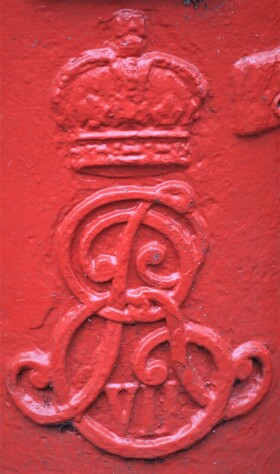 King Edward VII (1901 - 1910)
The only example of a postbox installed in this era is in West Grove, Hersham,
​close to the junction with Hersham Road. 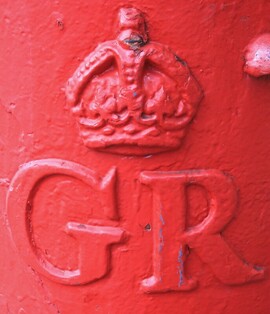 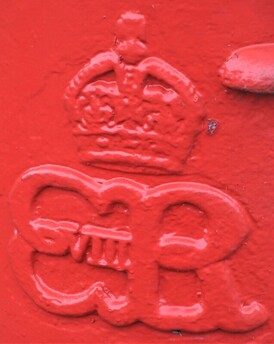 King Edward VIII (1936)
The only example of a postbox with this royal cypher is in
​Mayfield Road, Hersham near the junction with Queens Road.

This postbox was originally located where the roundabout at the junction of West Grove and Queens Road is now. It was to be removed and decommissioned when the Hersham Bypass was built but a local resident successfully campaigned for it to be saved and relocated

There are only 130 boxes bearing this cypher. Here is a list of some locations. 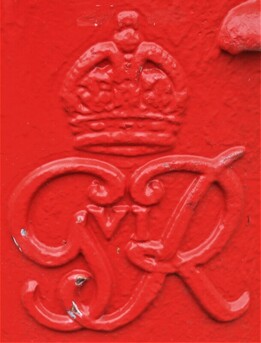 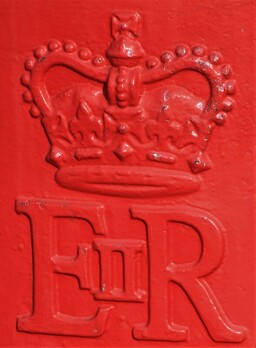 Queen Elizabeth II (1952 - )
There are postboxes bearing the royal cypher of Queen Elizabeth II:
Walton's Postbox Trail
Follow our 3 mile trail on foot or cycle that will enable you to see an example of each generation of postbox.
The Trail starts outside the Everyman Cinema in High Street. Download the map below.